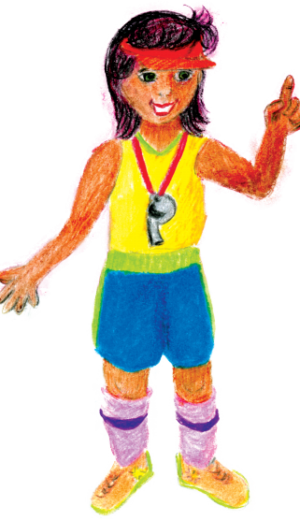 The Sky is the Limit is a book that seeks to inspire people of all ages to believe in themselves and also to instill a love of learning. Taking inspiration from and dedicating the book to her father, who worked on the Lunar Module Project prior to moving to Georgia, Kim shared that she hopes The Sky is the Limit is the kind of book that parents and children can read over and over, much like The Little Engine That Could inspired earlier generations.

The book is diverse and inclusive. It encourages discussions on vocabulary, individuals with challenges, mentors, and even naysayers. Throughout the book, Kim and Toni try to convey to you and your children to shoot for the stars and aim for the sky. They love the whole book, but their favorite part is the ending because as we adults all know…the sky is not the limit! 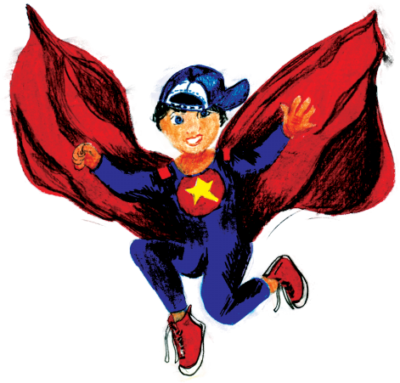 This wonderful Lady was my Physical Education teacher and I had a subjuect with her in 7th grade. She has touched my… Posted by Kelly Talk Show on Tuesday, March 17, 2020

If you are from Douglasville, Georgia, you may have seen my illustrator Toni and me on our local news station being interviewed by Lee Brogden Culberson. The interview was a great experience for us. We appreciate the wonderful people at the City Connector and especially Kelly Holland Hunter for helping us to launch our first […]

Preschool The Sky is the Limit

Pre – 2nd grade The Sky is The Limit Plans

3rd grade The Sky is The Limit

4th-5th grade The Sky Is The Limit Plans

Differentiated Instruction Strategies The Sky is The Limit

6 Hat Strategy – The Sky is the Limit

Decision-Making Lesson – The Sky is the Limit

The Sky is the Limit Student Pledges – Airplane

The Sky is the Limit Student Pledges – Astronaut

The Sky is the Limit Student Pledges – Super Hero

What do you want to be when you grow up? Toni and I believe once that question is answered the conversation typically ends. That’s where we are trying to make a difference. In our book, we seek to inspire young people to believe in themselves and also instill a love of learning and encourage discussions on vocabulary, individuals with challenges, mentors, passion, loyal friends and even naysayers. We hope that The Sky Is the Limit is the kind of book that parents and children can read over and over similar to The Little Engine That Could inspired earlier generations.
We want you to know that we do not believe we are perfect parents, but between the two of us we have raised nine college-educated, wonderful human beings. Kim is a retired teacher of thirty-one years, and Toni has worked in Georgia for many years at a private foundation counseling hurting children. We both find ourselves as grandparents still desiring to affect children’s lives in a positive way. If you have any questions for us, please e-mail us. We also hope that you will read our blog.
Kim and Toni love the whole book, but especially love the ending because as we adults all know–THE SKY IS NOT THE LIMIT! We hope that you will purchase our book, and we hope it will become a favorite of your family.

Kim and Toni both love and are comfortable with children. Kim taught for thirty-one years in the Douglas County School System and Toni worked for over twenty years with foster children through a private Georgia foundation. They would love to visit your school and present their book.

Once you schedule a date, have a school liaison download and follow directions on the School Liaison Checklist and contact Kim at eldredge4446@att.net for any questions. 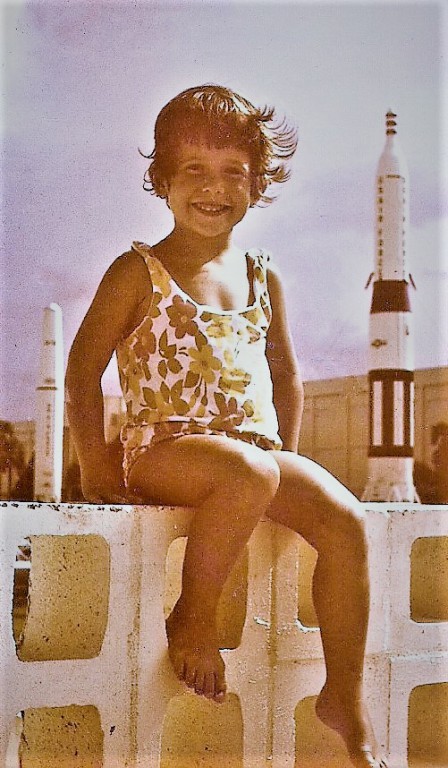 This book is dedicated to my dad, Robert Melvin Ichter, who had the courage to move his family of five from New York to Florida to take part in the space program. His work was instrumental to the success of the Lunar Module Project. Our family is very proud that he made contributions that helped the United States in our goal to land on the moon, but we are most thankful for the kind of dad he was to us. 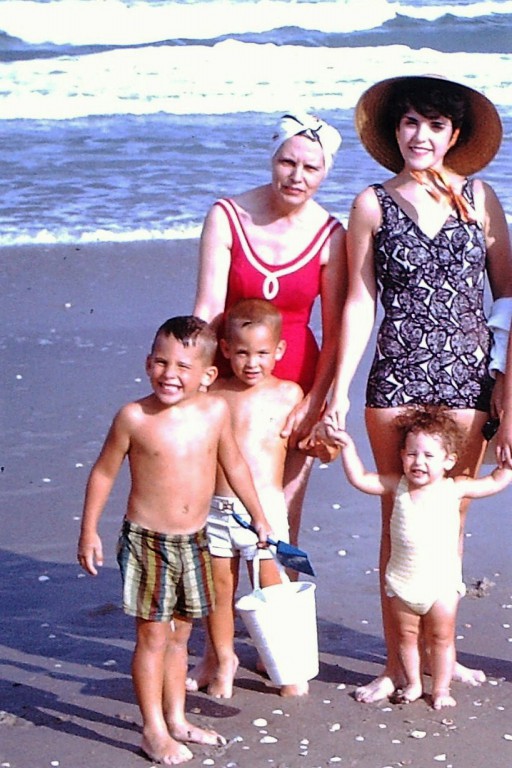 The astronauts’ wives had nothing on our mom, Joyce Devers Ichter!

My dad taught us that the sky is NOT the limit! 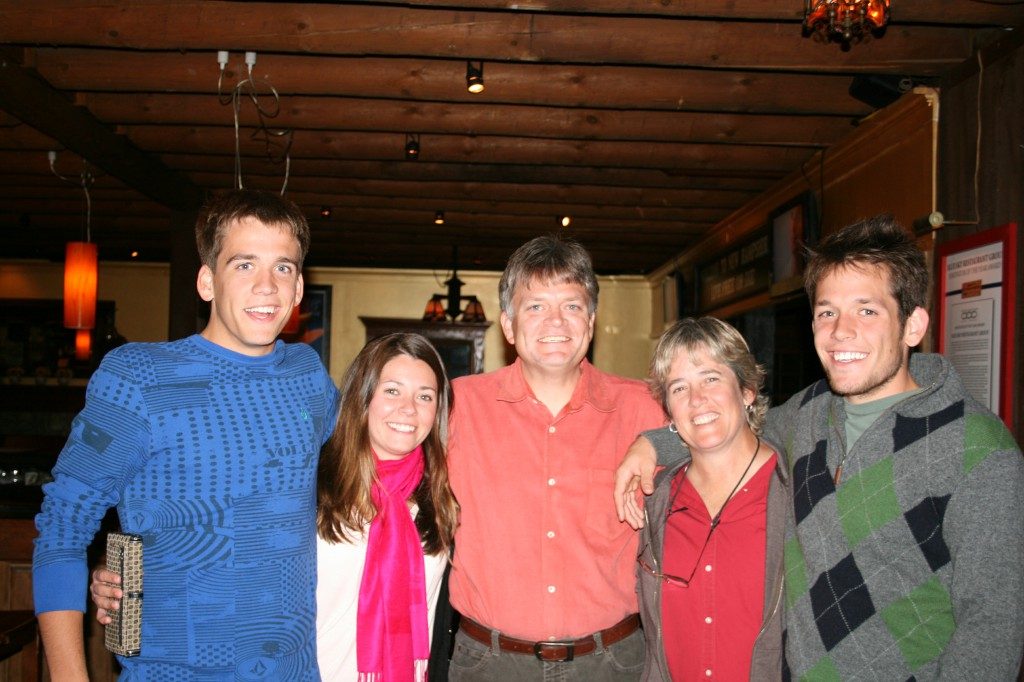 About the Author: Kim Ichter

Kim Ichter was born in Syracuse, New York. When she was a baby, her parents packed up and moved her and her brothers, Bob and Cary, to Satellite Beach, Florida. Kim’s family moved to the metro Atlanta area in 1972, and Georgia became home. She obtained her teaching degree from West Georgia College and began her thirty-one-year teaching career in 1984. In 1985 she married the love of her life, Todd Eldredge, and had three children, of whom she is very proud. She now has 3 grandchildren who make life grand indeed! Always the teacher, she has the desire to continue to affect children’s lives by delivering messages such as believing in oneself. She is affectionately referred to as Coach E and hopes The Sky Is the Limit will be the first of many books she will write. 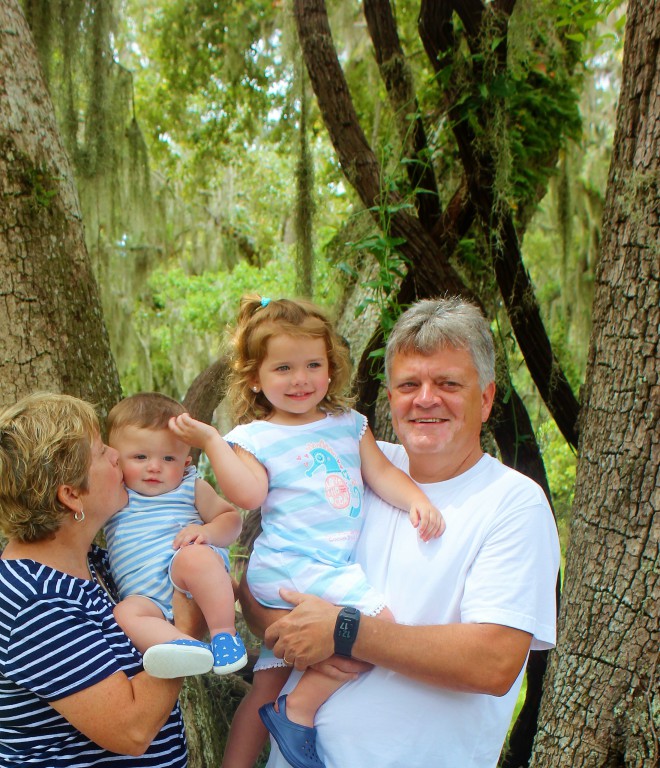 About the illustrator: Toni Friddell Jordan

Toni Friddell Jordan is an avid artist. You may find her creating cookies that are too pretty to eat and too delicious not to for friends and family, painting murals in homes and local businesses in her town, or working on new creations around her home. She was super excited when Kim asked her to illustrate a book for her. She used pastels and colored pencils for the illustrations in The Sky Is the Limit.
Toni has dedicated most of her life advocating for and counseling hurting children. She has spent many years serving children in a private foster foundation based in Atlanta. She is a mother to six incredibly wonderful, responsible, loving humans who are all college graduates and wonderful parents. Toni is devoted to her large family and ever-growing bundle of grandchildren, 16 to date. She lives, laughs and loves with her husband David, in Panama City, Florida.

RECOMMENDED READS In my travels so far as a children’s book author, I have found other recommended reads for you, so here goes:

I Love You a Bazillion Gazillion

This book is what inspired me to write. The book was written by my brother Bob Ichter. Bob is a very successful artist who has galleries that carry his work all over the United States. He has a very good friend named Roger Fishman and Roger has a son named Jack. Roger was overwhelmed by his enormous feelings of love for Jack and started telling him when he was an infant, “I love you a bazillion gazillion,” and Jack would giggle delightedly. Knowing how creative Bob is, Roger asked him if he could do something with that phrase and in no time flat his artist friend had written the most beautiful poem. After reading the poem, I convinced my brother he should turn it into a book and share it with the world. To me, what is so special about the book is that it is from the perspective of a dad. Not only does it talk about his immense love for his child, but also his love for the child’s mother. You can currently order this book on Etsy. Honestly, I think it is the most beautiful children’s book I have ever read. I gave one to my son-in-law in the hopes that he would read it hundreds of times to my grandchildren, and that his love for them and his wife will reverberate through the generations.

This book was written by Lauri Garretson and was illustrated by Yulia Quomariah. I met Lauri while I was checking out the Decatur Book Festival. I simply went to see what it was like out of curiosity. To be honest, I had no intentions of purchasing anything. I wanted to see if I felt like I was getting in over my head, did I belong? Could I really be a children’s book author? What drew me to Lauri’s table was her life-sized cut out of her main character Willamena. We began to chat and Lauri and I just connected. Do you know what I mean? I just felt our hearts are similarly wired. Her book is about choosing kind words and has an anti-bullying theme which is near and dear to my heart. If you have a young person in your life, I recommend you purchase this book for them. It is poignant and powerful. I have so enjoyed reading it to my niece and granddaughter. You can purchase this one on Amazon. After reading the book, please leave a review for Lauri.

Get the Conversations Started

Get the Conversations Started Unlock your child’s potential by ordering the book The Sky Is the Limit. This book is ageless and timeless and makes a great gift for all ages. The website has free downloadable conversation starters that are a great resource for anyone who spends time with children, from parents and grandparents to […]

Coretta Scott King said, Freedom and justice cannot be parceled out in pieces to suit political convenience. I don’t believe you can stand for freedom for one group of people and deny it to others. The question is, when do we begin to talk to our children about racism and social justice? Author Kim Eldredge […]

Using The Sky is the Limit as a redirection tool

By: Toni Jordan, Illustrator.   Now that the dust is beginning to settle and things that appeared to be cloudy for a minute, are coming into full focus. From the first call that I got from Kim about illustrating the book, The Sky is the Limit, my focus had been on the graphics and layouts. […]